At the end of June, the University of Twente’s Digital Competence Center (DCC) hosted its third thematic session on ‘FAIR Data & Good Practice of Science’.

The thematic session on ‘FAIR Data & Good Practice of Science’ aimed to raise awareness of The FAIR Principles and the importance of good scientific practice.

In recent years, there has been a tremendous increase in the amount of scholarly research data generated, and there is an urgent need to support the reuse of such data in the digital era, as stated by Wilkinson et al.

The FAIR Principles provide guidelines for researchers to make their research data Findable, Accessible, Interoperable and Reusable by humans and machines as initiated by Force 11. Three guest speakers were invited to the thematic session to explore these principles in more detail.

A whistle-stop tour of the FAIR Principles

The session kicked-off with ‘An introduction to the FAIR Principles’ by Associate Professor Luiz Bonino da Silva Santos from the Services and Cybersecurity group at the University of Twente. Luiz is also a co-author of ‘The FAIR Guiding Principles for scientific data management and stewardship’, a Nature paper that has been cited 4,770 times since its publication in 2016, and the International Technology Coordinator at GO FAIR.

Luiz took session participants on a whistle-stop tour of the FAIR principles from their establishment to their current status. Since the FAIR Principles were first introduced in 2014 during a workshop organised by the Dutch Techcentre for Life Sciences and the Netherlands e-Science Center, their prominence has grown immensely. The FAIR principles have formed the basis of several major organisations, such as the European Commission (European Open Science Cloud), and they have been explicitly mentioned in the G7 and G20 summit reports, demonstrating their increasing significance.

During his presentation, Luiz highlighted the importance of data management and explained that data scientists typically spend the vast majority (~80%) of their time collecting, cleaning and organising data, leaving very little time for analysis and drawing conclusions. He continued to explain that the FAIR principles emphasise machine-actionable (meta)data which improves the capacity of computers to find, access, interoperate and reuse data. In turn, this reduces the burden on humans and leads to more efficient research workflows and time to spend on data analysis and interpretation.

Dr. Michelle Kip and Dr. Ria Wolkorte from the Health Technology & Services Research group at the University of Twente shared their personal experience of striving to achieve FAIR Data in their citizen science research and how they became aware of FAIR data as grantees of 4TU.ResearchData’s FAIR Data Fund.

Michelle and Ria are postdoctoral researchers working within the TOPFIT CitizenLab, a large consortium of knowledge institutions, healthcare organizations, companies and patients. Their research project focuses on improving the health and wellbeing of patients through ‘citizen science’, a transparent and open practice which involves citizens as an integral part of the research process.

Michelle and Ria are exploring ways to make their diverse range of personal data FAIR. They applied for the FAIR Data Fund to help increase the quality and value of the data; to make it reusable over an extended period of time; and, to increase the impact and visibility of their research.

There can, however, be challenges in making citizen science research data FAIR and, particularly, personal health data from patients. Michelle mentioned the importance of having a support network to help throughout the process and have regular contact with their faculty data steward, Qian Zhang, and the wider 4TU.ResearchData community. 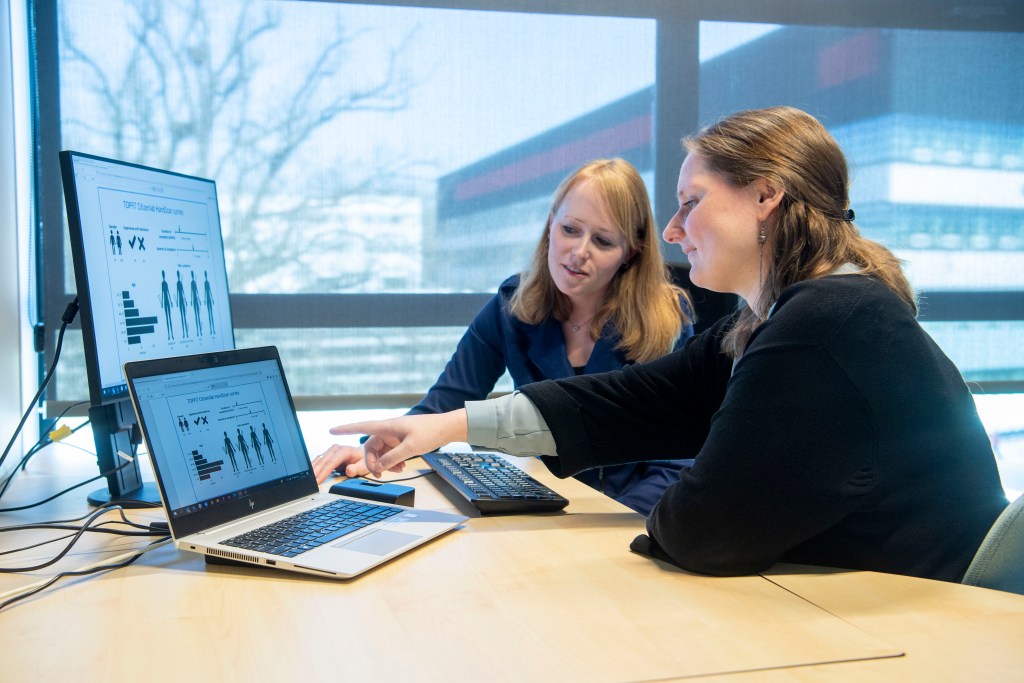 By: Heather Montague When it comes to making health-related data openly accessible, there is still a lot to learn. That’s what Dr. Ria Wolkorte and…

Executive Summary To move forward and improve research data management (RDM) policy and implementation, the impacts of current and past approaches need to be well…