How can spatial design instruments aid designers in developing socially and ecologically integrated solutions for urban riverfronts? This was the goal of project I-SURF (Instruments for Sustainable Urban Riverfronts) led by Dr. Claudiu Forgaci, Assistant Professor of Urban Design & Analytics at TU Delft.

With a grant from the 4TU.ResearchData FAIR Data Fund (Spring 2021), Forgaci and master’s student Adele Therias aimed to make the qualitative and quantitative findings of the project, as well as its urban design-driven research methodology, available to the wider community of researchers and practitioners.

Urban riverfronts are often characterised by fragmented land use, lack of accessibility, heavy riverside vehicular traffic, and extreme degradation of river hydrology and ecology. Through I-SURF, Forgaci set out to develop and test a set of design instruments to help designers, planners, decision-makers and other stakeholders devise spatial interventions that integrate complex environmental and ecological goals into high-quality and sustainable riverfront public space design.

The design-driven research process focused on three different riverside urban spaces in Amsterdam and involved an international design workshop in 2019 as well as an expert survey. “We collected qualitative and quantitative data about how the participants worked together with the instruments,” said Forgaci. “We wanted to know how usable those instruments were and how effective they were in achieving the objectives which was social-ecological integration in urban river spaces.”

The project resulted in an updated instrument set that is more user-friendly, accessible and reliable. Policy- and decision-makers concerned with urban spatial development and urban water management can use of the I-SURF instrument set to guide, gauge or implement sustainable riverfront transformations and to better engage stakeholders in the process.

Forgaci said the idea of FAIR data was interesting to him but something that he never had time for. Then he saw the call for the 4TU.ResearchData FAIR Data Fund. “The grant sounded like a very nice opportunity and the application process wasn’t very complicated,” he said. “I had this data set from the I-SURF project so this sounded like a good opportunity to put things in order. The plan was to hire a student research assistant and that’s how Adele [Therias] joined the project.”

Currently in the first year of a MSc Geomatics at TU Delft, Therias describes her studies as being about spatial data acquisition, analysis and visualisation with a focus on urban environments. She also saw the project as a great opportunity. “There are aspects of my master’s that involve studying the impacts of open data and geodata governance so for me it was really interesting to learn about the theory and then actually be able to take part in the implementation of open data set publication.”

Therias helped prepare the data from I-SURF for publication and making it FAIR – Findable, Accessible, Interoperable, and Reusable. The principal goal, she explained, was to create a README file that would be able to provide metadata for the data set. So, if someone were to download the data set, they could understand it from A to Z – what the data is, how it was collected, and what the formats and naming conventions are. Forgaci noted that they also had the opportunity to clean the data set – renaming, reorganising and rewriting files in a different format – which improved the quality of the data.

There were some challenges during the process. “An overarching challenge is that there is no perfect metadata standard that you can follow so we had to take bits and pieces from other standards, make adaptations that made sense for our dataset,” said Forgaci. “Another challenge was working with quantitative and qualitative data. We had a lot of qualitative data collected either from the experiences of the participants or from the actual designs that they produced so that was the data we used – visual scans or photos of the posters that they produced that were then analysed.”

In addition, Therias noted that with such a variety and quantity of data, someone using the README file would need to understand the breadth of the project. “It was hard to find the balance between being descriptive but not creating a document that was too long or confusing or difficult to navigate,” she said. “We ended up sticking with the one README file instead of breaking it into smaller pieces but really thinking through how it’s structured so that someone can navigate it as easily as possible and understand how the pieces fit together.”

There were also successes with this project, noted Forgaci. “We now know how to create a FAIR data set which means that whenever I start a new project I plan ahead because I know how to set things up from the beginning,” he said. “We basically have our own template that we can use in future research which makes it more likely that we will do FAIR data publications in the future.”

“When I look at the documentation, I feel that it’s approachable to people who have varying levels of comfort working with data. It was a learning process for me to think about the use of open data and the fact that sometimes when it’s reused in unexpected ways that can be even more valuable.”

Therias, who initially assumed the users of the data set would be quite narrow, feels proud that the document they created is attainable by a much broader group. “I came to understand that it could be a variety of people and it could be for use cases that we haven’t even thought of,” she said. “When I look at the documentation, I feel that it’s approachable to people who have varying levels of comfort working with data. It was a learning process for me to think about the use of open data and the fact that sometimes when it’s reused in unexpected ways that can be even more valuable.”

Forgaci added, “There’s great potential in open data for things we don’t know. I think the collective potential of all the data out there is huge, especially with new technologies like machine learning and AI.”

As she thinks about her thesis next year, Therias said this project has been a great learning experience. “It has made me think of what I need to do in real time or even before I begin my research, how useful do I want my research to be, how applicable do I want it to be. This experience is helping me frame how I will approach my own future research and I’m really grateful for that.”

“It’s a completely different attitude to working with data, working with science. It shifts the emphasis from competition to really trying to share and receive feedback. It’s an ongoing process putting things out there and it’s working in a more collaborative way.”

As for Forgaci, he says the culture of sharing, like with FAIR and open data, is really a game changer. “It’s a completely different attitude to working with data, working with science. It shifts the emphasis from competition to really trying to share and receive feedback. It’s an ongoing process putting things out there and it’s working in a more collaborative way.”

The I-SURF data set has already been downloaded around 80 times, and with a paper still to be published they expect even more visibility in the future.

A citation for Forgaci’s forthcoming article will be made available upon publication. 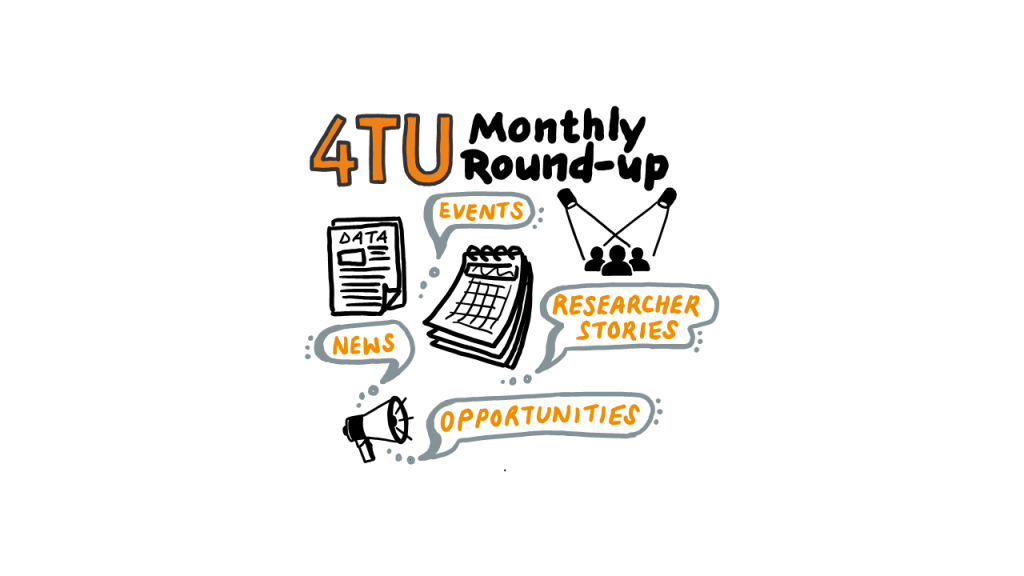