“My dataset took a lot of time and effort to collect and process. I make my data available online in the hope that it prevents others from wasting time reinventing the wheel and duplicating my efforts,” says University of Twente researcher, Jeroen Klein Brinke.

Jeroen Klein Brinke is a third year PhD student working in the Pervasive Systems Group at the University of Twente.

After studying his Bachelor’s and Master’s degree in Technical Computer Science, his doctoral research investigates device-free (wireless) sensing technologies and specifically how human activity affects the behaviour of radio waves.

“Many homes and buildings have WiFi networks that can be used to detect and identify various human activities,” says Jeroen.

“The propagation of radio waves in space can provide information about the tasks and activities people carry out in an environment.”

Wireless sensing for the societal benefit

Jeroen explains that such wireless sensing technologies can be used to provide healthcare for the elderly.

“Elderly people who live alone at home are at risk of poor physical and psychological health. They often experience difficulties performing daily tasks in social isolation and are at increased risk of falling and injuring themselves,” says Jeroen.

He adds that this places a high burden on caregivers.

“An elderly person may require frequent visits from carers or constant surveillance in order to prevent a fall or injury. Wireless sensing technologies cannot replace human care entirely, but it can be used to inform carers about a person’s mobility and whether they are likely to fall so that preventative measures can be taken in advance.”

Jeroen’s dataset, ‘Channel state information (WiFi traces) for 6 activities’, was created during his Master’s degree research project. Since it was published in 4TU.ResearchData, it has been downloaded more than 900 times and was one of the top downloaded datasets in March… [Congratulations, Jeroen!]

“I’m an advocate for data reuse,” says Jeroen. “If I need a specific dataset, the first thing I always do is check online data repositories to see if a suitable dataset is available.”

He continues, “When I started my research I found that existing datasets included WiFi traces from a single participant performing one activity for a day. These proof-of-concept datasets simply demonstrate that wireless sensing technology works, but I wanted to build upon these studies and advance the research field by creating a more complex and varied dataset that’s accompanied by rich documentation so that others can reuse and reproduce it.”

Jeroen developed a deep learning algorithm to process the WiFi traces and discriminate between the different activities. His published dataset also contains a tool to allow other researchers to visualise the data more easily.

Aside from wanting to make his original contribution to his research field, Jeroen was motivated to publish his data because he understands the challenges of collecting data from human participants. 2802

“My dataset took a lot of time and effort to collect and process. Upholding ethical considerations associated with the collection of personal data, such as ethical approval, informed consent, confidentiality and anonymity isn’t a trivial responsibility. By making my data available for reuse, I hope that I can prevent others from wasting time reinventing the wheel and duplicating my efforts.”

Jeroen was proud to receive emails about his dataset from researchers around the world soon after its publication online. “Researchers working on similar projects contacted me to request more information about how I collected the data during my experiments and asked for pointers on how they could interrogate the dataset which was fulfilling and rewarding. It just shows how valuable a relatively small dataset can be!”

The future of wireless sensing

The next steps in Jeroen’s research will investigate how to upscale wireless sensing technologies at low cost for a variety of real-world applications.

“In addition to health care, wireless sensing can be used to monitor animals in production systems, such as baby piglets, or to monitor insect biodiversity, for example. Such applications require tailored approaches. For instance, due to the size difference, the activity of piglets could be monitored using radio waves, whereas insects would require high frequency millimetre waves,” he explains.

As the popularity of wireless sensing technologies grows in the future, researchers must be mindful about the risk of its abuse.

“Wireless sensing is extremely powerful,” says Jeroen. “WiFi traces are not necessarily localised to one building but can propagate walls. They can also detect breathing and heart rate, so, there’s an opportunity to collect highly sensitive personal data using this technology. It’s, therefore, imperative that researchers uphold general data protection regulations and act responsibly when managing this data.”

Jeroen states that he will continue to publish his research data in the 4TU.ResearchData repository and is in contact with Marianna Avetisyan, data steward for the faculty of Electrical Engineering Mathematics and Computer Science, for advice on how to prepare his future personal WiFi trace data for publication online.

Thank you, Jeroen, for sharing your research story with us and congratulations on your top downloaded dataset! 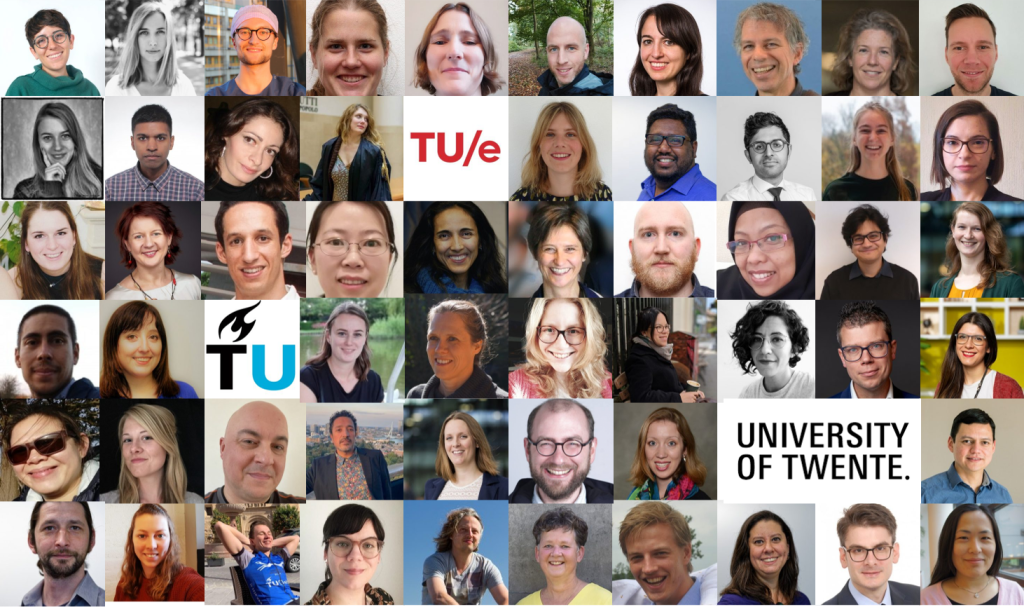 Every month the Digital Competence Centre at the University of Twente organises a thematic session that focuses on a hot research topic. In May, the… 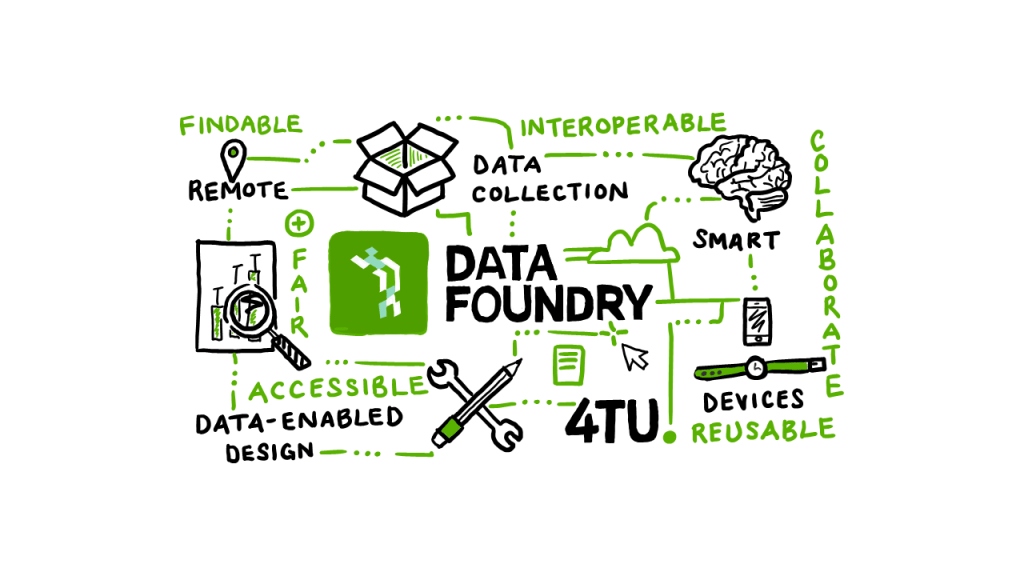 Mathias Funk from Eindhoven University of Technology joins forces with 4TU.ResearchData to improve the FAIRness of design data. Mathias Funk is an Associate Professor from… 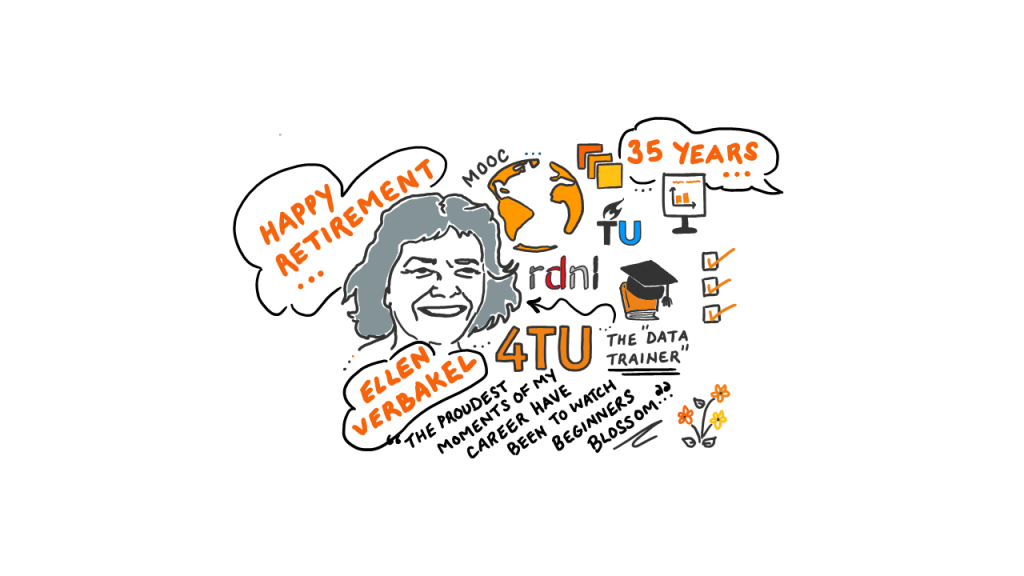 Ellen Verbakel has dedicated her career to providing educational support for the research community. The team at 4TU.ResearchData express their thanks and best wishes to…